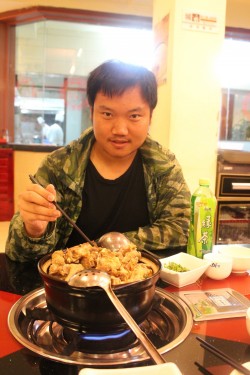 Peng Wei is a Ph.D. student in the Computer Science Department at the University of California, Los Angeles (UCLA). He received his B.S. degree in Intelligence Science and Technology and M.S. degree in Computer Architecture from Peking University (PKU) in 2010 and 2013, respectively. Currently, he is working at the Center for Domain-Specific Computing of UCLA as a graduate student researcher. His work is to build a heterogeneous computer cluster with hardware accelerators for applications in genomics.

Prior to studying at UCLA, he worked at the Microprocessor Research and Development Center (MPRC) of PKU as a graduate student researcher for three years. He was in charge of the design and implementation of the cache memory system in a 64-bit multicore superscalar microprocessor, called UniCore-3, with proprietary intellectual property rights in the People’s Republic of China.

peng.wei.prc@cs.ucla.edu
Where they are now:
Google
Year graduated:
2018
Degree:
PhD